Dear Visitor is a location-based AR experience to center the words of Chanel Miller at the site of her assault. It is an attempt to use immersive technology as a subversive means to reclaim physical space, as well as a way to preserve public, institutional memory.

We posed the question: What would you want future visitors to this site to know about it?

In 2015, Stanford student Brock Turner sexually assaulted Chanel Miller, known until recently as Emily Doe, while she was unconscious behind a dumpster at a fraternity party. In 2016, after Turner served just 3 months in jail, Stanford re-landscaped the site of the attack and installed a “contemplative garden.”

Stanford promised Miller it would install a plaque at the site with a quote of her choosing from her victim impact statement. The University rejected the quotes she proposed, suggesting that the quotes she proposed may trigger survivors of trauma. They in turn proposed some alternative quotes from the statement that provoked controversy. In response, Miller removed herself from the plaque quote selection process, and to this day there is no physical marker.

Dear Visitor uses AR to place digital versions of the rejected plaques at the garden, along with recordings of reflections from students and activists. On September 27, 2019, shortly after the release of Miller’s memoir as well as her public identity, the Dear Visitor team hosted a public launch event for students and other visitors. Following the experience, participants were invited to physically write “Dear Visitor” letters of their own. 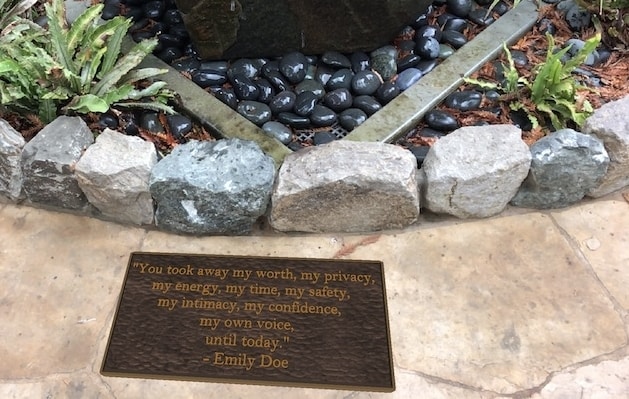 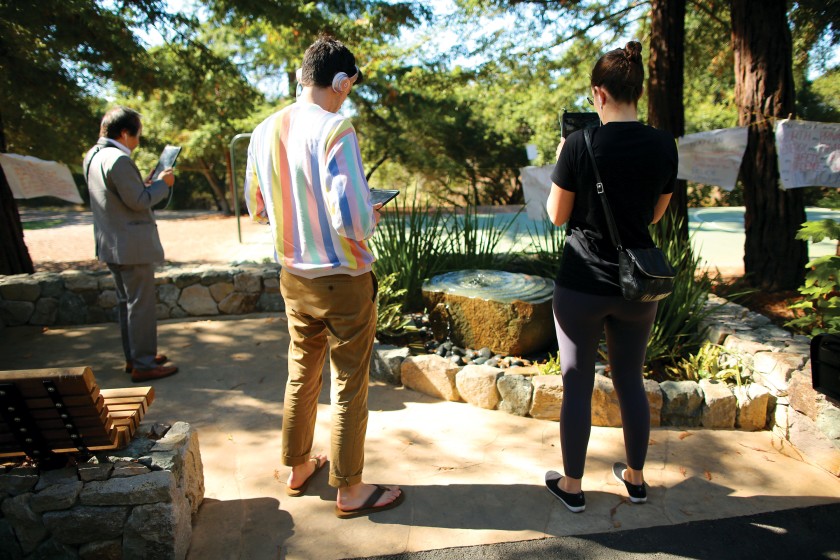 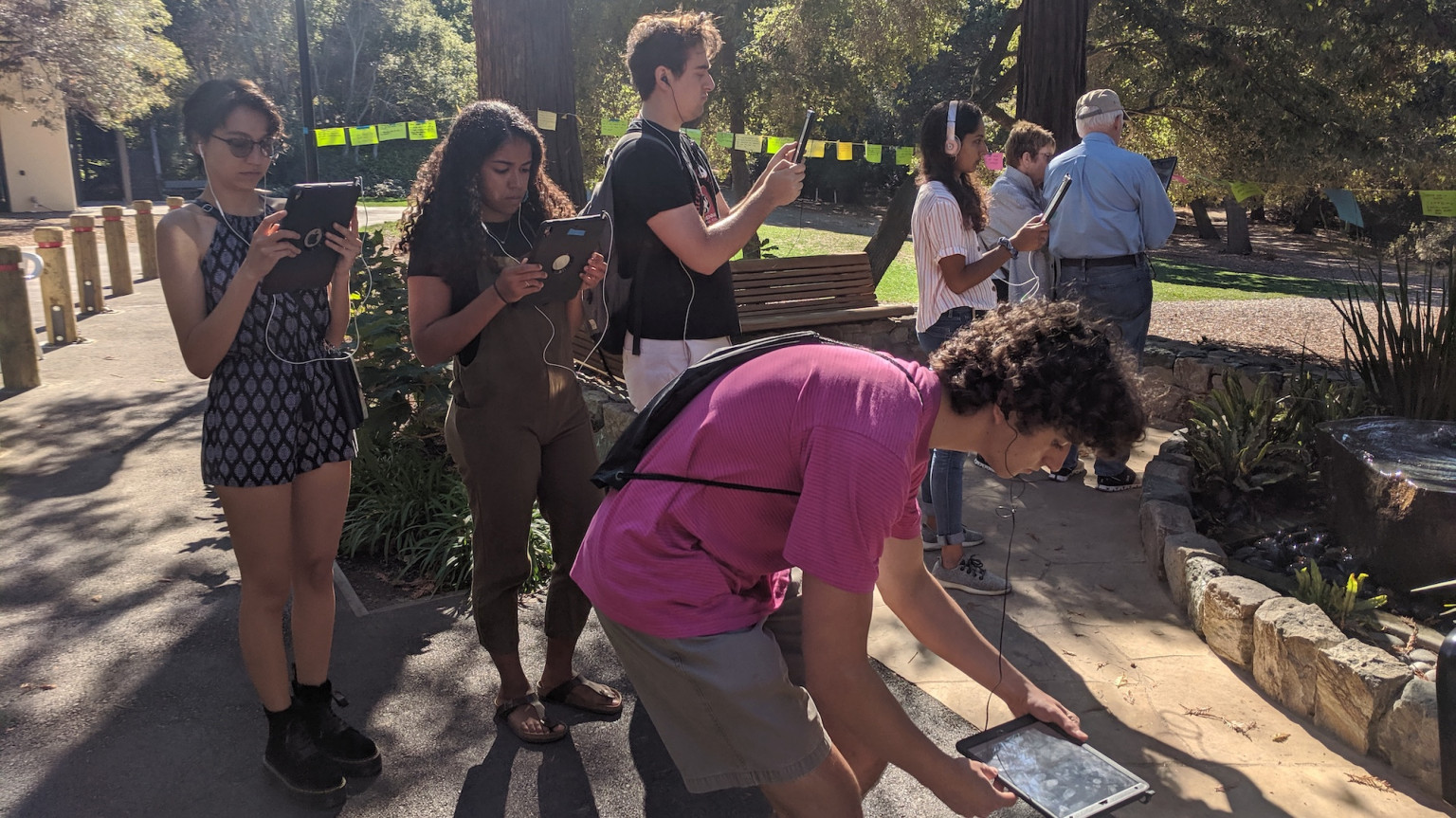 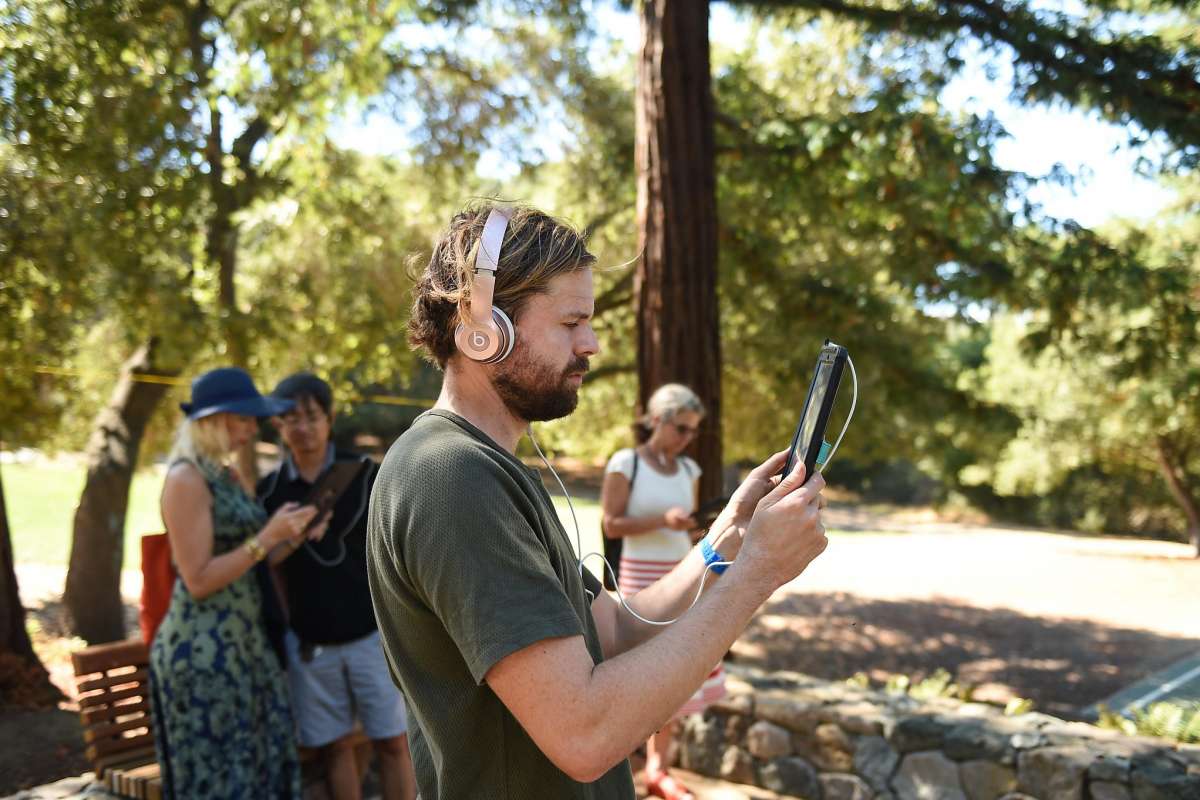