Sounds of the Woods is an audio-based horror game for the Oculus Go. Using the Go’s 3DOF controller as a flashlight to ward off the unknown, players become increasingly reliant on their ears as the sky grows ever darker.

This game was created as a part of a Stanford course at CCRMA on Neuroplasicity and Musical Gaming, and is available for free on the Oculus Store with a couple thousand downloads. Naturally, it is best experienced with headphones or earbuds in a quiet place.

My flashlight runs out of battery in the presence of an invisible creature. This playthrough was done on an HTC Vive for ease of recording.

This game began as a VR experience to simulate deteriorating eyesight. The key insight was that VR HMDs completely occlude vision, meaning as creators, we not only have the power to show users immersive content, but we also blindfold them by default. The original concept was that the player would start by accomplishing everyday tasks with normal vision, but as their vision deteriorates, they would be forced to rely more and more on other senses.

Eventually, we scoped it down to just one task and swapped out vision deterioration with fading sunlight. To further scope down the game, we decided to develop for the Oculus Go, at the time barely a week old in the market.

On one hand, developing for the Go imposed a number of significant limitations which we worked around:

On the other hand, a major win with using the standalone Go, besides ease of setup, is that even if enemies appear behind the player, they can twist and turn around all they want without fear of getting tangled in wires. This is especially true (and more fun) if they sit in a swivel chair.

Sounds of the Woods was created entirely in Unity for the Oculus Go, with myself as the programming half. Nearly all assets and scripts were created from scratch for this game, except for the trees and sounds.

The core game logic is driven by a GameManager which tracks the time of day and triggers specific functionality, split between the Creature, (visual) Effects, and Sound managers. For example, when enough time has passed and Afternoon turns to Dusk, the GameManager triggers its OnPhaseUnloaded event for Afternoon and its OnPhaseLoaded event for Dusk. In response:

The relatively short length of the game lends itself well to demos. Players along a wide spectrum of age and gaming/VR experience are able to quickly pick up the game with minimal instruction. The flashlight mechanic in particular is very intuitive, as it only has one button and is used for a singular purpose.

Many players respond favorably to the wolves, as their circling movement pattern works well with 3D sound, making them the most satisfying creatures to localize. The wolves are also primarily responsible for making players turn all around, back and forth in their seats, taking full advantage of the standalone HMD.

Some players find the game quite unnerving or scary. Although the visual aesthetic of the game seems harmless and cartoonish at first, as the night grows darker, the feel of the game becomes more and more defined by the increasingly menacing audio effects. By the darkest portion of the game, players are essentially in pitch black, forced to rely on their ears as their flashlight battery continues to dwindle. 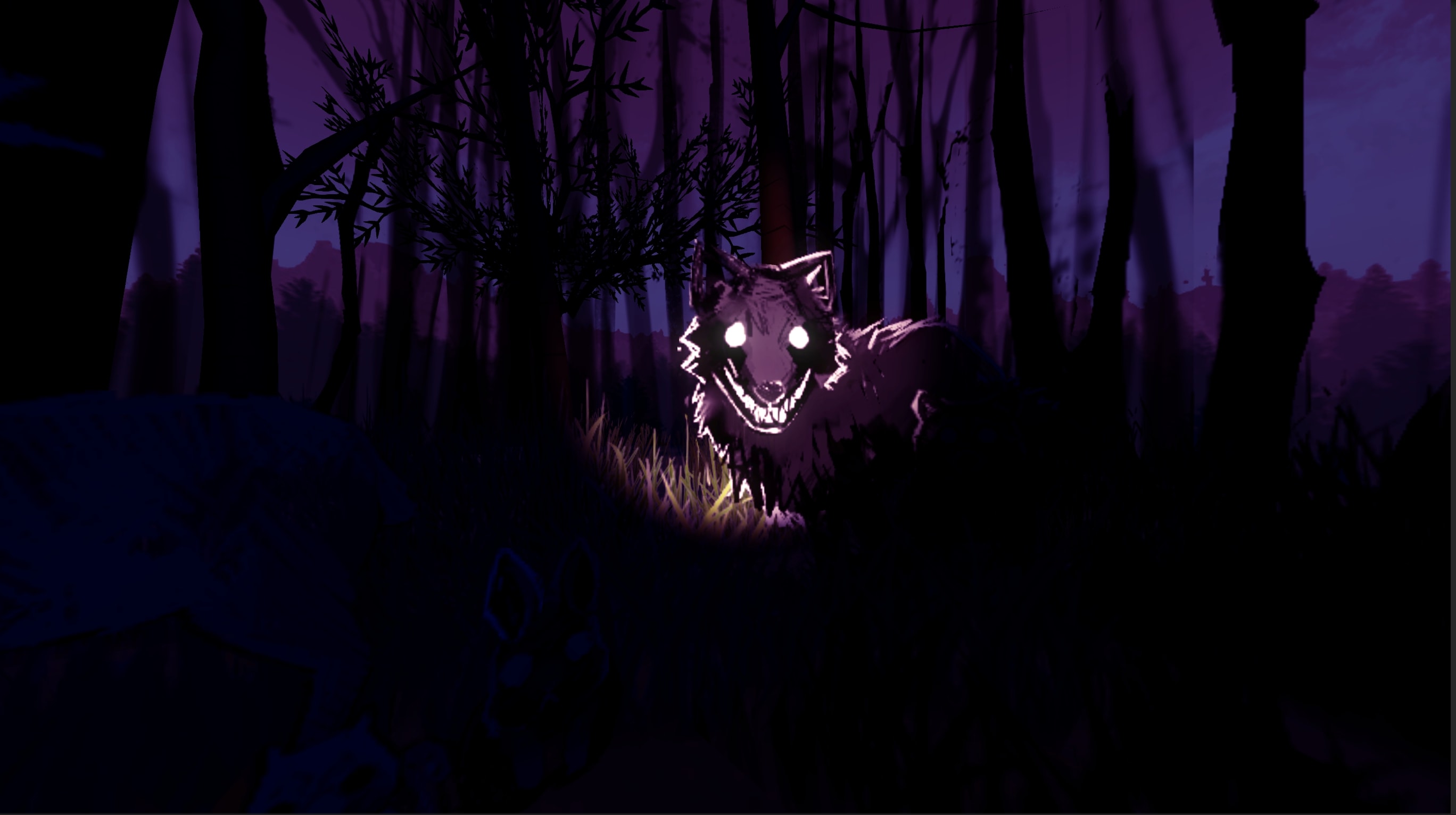 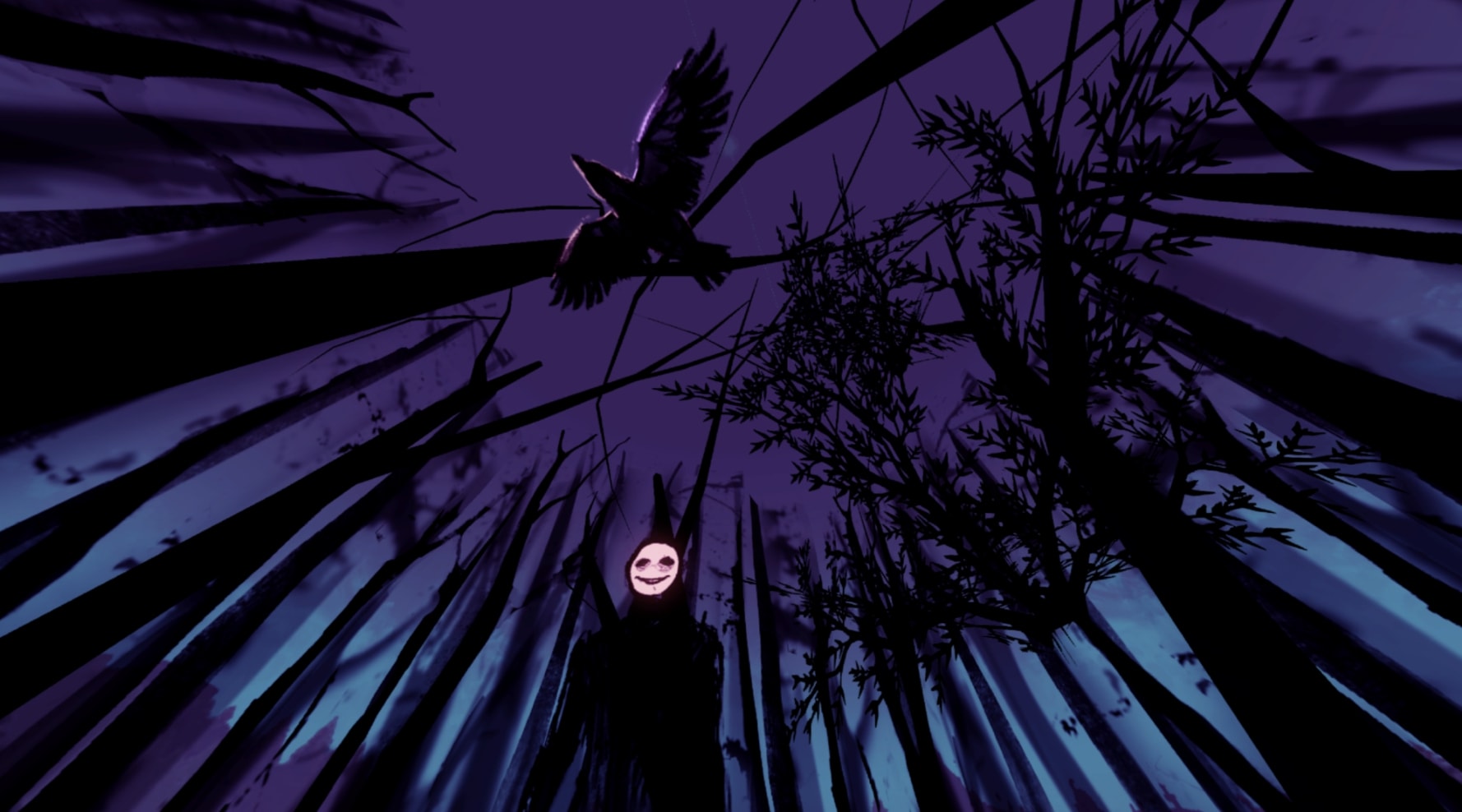